With time, software developers are indulging users with a broader selection of efficient and future-ready software. Similarly, there are several renowned anti-virus software available that offer seamless malware protection.

In this comparison, we will highlight all the features and reasons that will help you decide which anti-virus you should go for in 2022 for uncompromised malware, virus, and cyber protection.

A Quick Rundown of Winners in Every Category

Winner: Avast. Although with the Windows Defender, you will have most of the essential features, for premium features that will provide you with the best protection, Avast’s security products are superior. Avast comes with a number of advanced features and tools that are crucial for modern virus threats.

Winner: Avast. Our independent evaluations concluded that there is a big difference between both services in terms of protection against malware and viruses. Avast is far superior at detecting modern threats and is future-ready, which is something Windows Defender greatly lacks.

Winner: Avast. Our Independent evaluation shows that Avast is comparatively better than Windows Defender, which failed a few performance tests in terms of system impact. Nonetheless, Avast has a slight edge over the other.

Winner: Avast. There is a lot of space for improvement in the Windows Defender UI. On the other hand, Avast offers a streamlined, intuitive, and modern interface.

Winner: Avast. Avast is the better choice if you need antivirus protection for multiple devices because it supports the most commonly used operating systems and devices. Windows Defender is extremely limited as it only works for Windows PCs.

Winner: Windows Defender. Well, there is no better price than free! Windows Defender is freeware. Avast only offers a free 30-day trial, after which you will have to subscribe to their service packages ranging from $59.99 to $99.99 per year.

Winner: Avast. You will only get ticket support on Windows Defender if you ever run into a situation that needs assistance. With Avast, there is the market-leading customer support through email, phone, and ticket.

Launched on October 24, 2006, Windows Defender is now amongst the most popularly used free anti-malware software. Windows Defender comes pre-installed in Windows, and it can be used on Windows 8 and later versions of Windows. There are no available purchasable upgrades of this antivirus.

Windows Defender efficiently protects the users from malware and viruses by running multiple scans for detecting system errors and viruses. It is also famous for its highly reliable firewall that monitors online activities to protect the user and the system from hackers and other security breaches. The multiple layers of security checks allow the user to be worry-free about potential malware and security threats.

Why should you choose Windows Defender?

Why shouldn’t you choose Windows Defender?

Initially released in 1995, Avast is currently amongst the most used anti-virus software across the globe. Avast is widely popular for its next-gen technologies and its ability to fight against malware, viruses, and security threats on all Android, Windows, iOS, and Mac devices.

Avast is recommended worldwide not only for its extensive range of features that efficiently protects the users’ data and devices but also for its easy to install and simple to use user interface. What we love about Avast is that updates regularly, so your devices’ security is never being compromised.

Why should you choose Avast?

Why shouldn’t you choose Avast?

You will notice that Avast has the upper hand from the above feature comparison to compare this two anti-virus software. Windows defender only offers a standard layer of protection with no advanced features, except for cloud-based scanning.

On the other hand, Avast offers a wider range of security features that are essential to protect your devices from day-to-day privacy and security threats. All thanks to Avast’s well-designed user interface, powerful algorithms, and regular updates, Avast is the feature king.

Window Defender offers fewer features as compared to Avast, so it is nearly impossible for Windows to Defender to come up to Avast’s level of protection against malware, virus, and security threats.

We tested both the anti-virus software to find out which of these live up to our expectations! To no surprise, Avast detected nearly twice as many malware files as Windows Defender. Apart from the limited range of features, another reason behind Windows Defender’s weak performance can be the lack of updates.

As mentioned before, Avast is popularly known as the next-den defender, so it is future-ready and can efficiently filter out malware that most anti-virus software cannot.

Everyone looks for anti-virus that won’t slow down the performance of their devices. We ran a quick malware scan on two devices with the same specs to test out the system impact of both Avast vs Windows Defender.

The performance of both these anti-virus software pleasantly surprised us. Both the devices finished the scan with only a few seconds difference, and we did not experience any system lags during the scan. 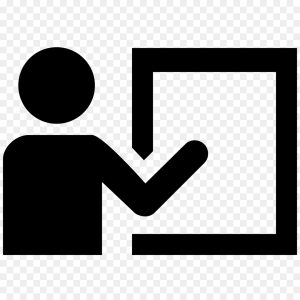 Windows Defender comes pre-installed on (usually) all PCs with original Windows. Its “right out of the box” protection is a significant factor behind its widespread popularity.

Previously, there were many complaints about Windows Defender being too complicated. However, its interface has been significantly improved with time. So, now you can easily navigate between its features and settings without any professional help.

On the other hand, Avast is famous for its easy to use and incredibly fast user interface. Avast is regularly updated to make it more user-friendly. Overall, Avast offers a highly user-friendly interface that results in a superior user experience.

Avast takes the crown again when it comes to platform compatibility! Avast supports a huge amount of devices and platforms, including Windows, Mac, iOS, and Android. Whereas Windows Defender only supports Windows PCs and nothing else. 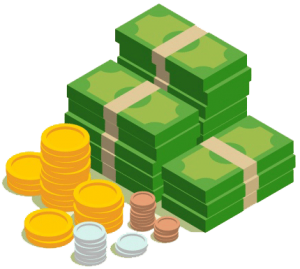 On the other hand, Avast only offers a 30-day free trial (with limited features) on Premium Security, Single Device, and Multi-Device packages. If you want to enjoy the full spectrum of Avast Anti-virus features, then you would have to subscribe to one of the following pricing plans:

If you compare Windows Defender or Avast in terms of pricing, there are no surprises there as Windows Defender is a clear winner. However, you can easily get an Avast Ultimate coupon and get the bundle at a much cheaper price.

Although you do not get all the features that you can get with Avast, however, if you are a Windows user, there is no question why you shouldn’t go for Windows Defender. It will not only offer sufficient protection against malware, virus, and cybersecurity threats, but it will also save you a pretty penny. 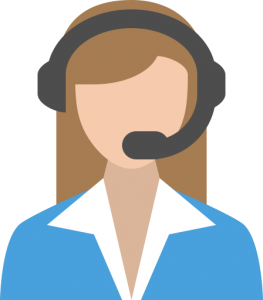 For most of us, excellent customer support is an integral part of making our final decision. If you compare Avast and Windows Defender, you will see the clear difference between the levels of customer support of each of the anti-virus software.

Windows Defender only offers ticket support, whereas, with Avast, you get customer support via email, phone, and ticket. So, there is no question about which of this anti-virus software has a better customer support service.

Windows Defender provides free anti-virus service, so, understandably, it offers a single customer support service. On the contrary, you pay a hefty price for Avast so that we can expect an efficient customer support system from Avast.

Question: Can I run Windows Defender and Avast at the same time?

You should only have one antivirus software active on your computer at one time. If two security softwares are active at the same time, there may be conflicts between them, and your system may also suffer from significant slowdowns.

The answer depends on your needs. Windows Defender offers good protection against all sorts of malware threats. Still, if you want advanced features and tools such as password manager, file shredder, encryption tool, VPN, and parental controls, premium antivirus software is the way to go.

There are several excellent antivirus software out there, such as Bitdefender, McAfee, Kaspersky, Norton, Avira, and Malwarebytes. Here’s a comprehensive YouTube video that covers the strengths and weaknesses of all the best antivirus software available on the market.

Question: Does Avast slow your computer down?

According to the recent performance tests by AV-Test and AV-Comparatives, Avast is extremely efficient in terms of occupying system resources. So Avast won’t slow down your system.

Question: Do I need antivirus software if I have Windows Defender?

Windows Defender does provide good protection and performance, but it still has a long way to go when it comes to achieving perfect scores in independent lab tests, like those conducted by AV-Test and AV-Comparatives.

If you’re willing to pay for security software, Bitdefender is an excellent choice. And so is Malwarebytes. You can read this detailed comparison between Bitdefender and Malwarebytes before making a choice.

Who Takes The Crown?

Based on our in-depth analysis, our tests, and user reviews – we have finally concluded that both of the anti-virus programs are neck and neck with each other. If Avast offers a broader range of features, then Window Defender offers FREE lifetime service!

So, both Avast vs Windows Defender are an excellent option for efficient malware, virus, and cyber protection.

However, if you had to pick a winner between Avast or Windows Defender, then Avast deserves the crown! As it offers more features that ensure stronger malware and virus protection. Avast is also compatible with all major devices and operating systems, so it is even more futureproof than Windows Defender.

IPS vs. TN vs. VA
AVG Vs Avast
Tablet vs Laptop
HostGator Vs Bluehost

Mark is a cyber security enthusiast. He loves to spread knowledge about cybersecurity with his peers. He also loves to travel and writing his travel diaries.