Gone are the days when only well-known people were targeted online to obtain valuable information. Hackers cast a wider net now and target almost everyone with access to any device connected to the internet. Hackers specifically search for devices with weak security systems, which makes it all the more crucial for every device to have a malware detection software in place to fight such attacks.

Smartphones and Portable Devices at an Increased Risk

An Israeli Security Company called Check Point has recently discovered a new malware that goes by the name “Agent Smith,” Which replaces the existing applications on your mobile devices with mockup versions that contain ads in a profit-making scheme. Now, these ads are all fraudulent and are used to access the users’ personal information on a device. Based on research, this malware could potentially be used for more harmful purposes such as identity theft or the theft of sensitive financial information.

Malware detection has become more crucial than ever as several dangerous malware prevails on the internet. A reputable malware detection software such as either Malwarebytes or Avast can prove to be an early warning system against such online threats, giving online security the importance that it deserves. This can include the following;

Malwarebytes was released in 2006 and, till date, retained its position as one of the most reliable malware-fighting software in the world. The reason for its popularity is not only its security features but also its ability to support multiple platforms such as Windows, Mac, and Android.

Security specialists at the headquarters of Malwarebytes have taken your security to the next level with their latest product updates. Malwarebytes is one of the few antiviruses in the market that makes you invulnerable to the most advanced of online threats.

Its most recent update Malwarebytes 3.0 is the next generation update, which replaces its predecessors Malwarebytes Anti-Malware and Malwarebytes Anti-Exploit. Don’t get us wrong; it doesn’t just replace them and makes them obsolete; it provides you all of their highlighted features and much more.

Avast has one of the most comprehensive and efficient antivirus features. Much like Malwarebytes, Avast is one of the best antiviruses in the world. Avast utilizes the next-generation technologies so that its users gain only the most advanced security software out there capable of protecting them against any online threat.

On average, Avast offers its security services to over 435 million customers in more than 186 countries. Avast’s average cyber-attack rate worldwide is 3.5 billion per month. Avast is quite popular as well due to its coverage of major operating systems such as Windows, Mac, and Android.

What Puts Avast Ahead and Is It Enough?

There is something that puts Avast one step farther than its competitor Malwarebytes, and that is its performance tools Avast CleanUp and Avast SecureLine VPN that can easily be used across all devices connected to the internet.

The Comparison You Have Been Waiting For

Malwarebytes is a reputable name in the industry due to its free version and highlighted features that protect them against cyber threats, PUPs, and other infected devices. The two versions of Malwarebytes; Malwarebytes Free and Malwarebytes Premium provide you with an ample amount of protection online.

Malwarebytes Free and Premium offer you the following features;

The paid version provides you with a 14-day trial period so you can make up your mind.

Avast offers you a good set of security features in its free version, which can include a secure web browser, password manager, Wi-Fi scanner, and a hardened browser. These features are often only found in paid versions of most security applications, whereas Avast cares for its users and gives them out to them in its free version. With Avast you also get;

It is suitable for individuals who wish to conduct online banking transactions or shopping transactions. It has premium features such as the Sandbox for suspicious applications, a secure firewall, and spam and phishing filters.

Perfect for protection against webcam spying.

It includes all the features mentioned above and more such as Avast SecureLine VPN, Avast CleanUp Premium, and Avast Passwords Premium. If you want the best of three worlds, this is the right option for you.

Avast’s three versions all offer you the following features; 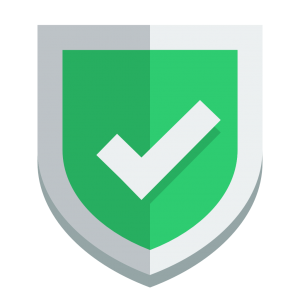 Malwarebytes is quite powerful and generates results to qualify that statement further. According to the tests we ran, it detected more than 98% of all malware on our test device. It has an AV-TEST score of 99.8% protection against malware attacks, which includes website and email threats. It scored more than 99.5% detecting the latest malware created in the world of possible threats.

Avast’s AV-TEST scores were excellent, as well. It detected 99.4% and 99.3% of all 0-day malware attacks, and surprisingly, it beat Malwarebytes by detecting all 100% of the latest and prevalent malwares.

Even though Malwarebytes has a strong malware detection rate, when put against Avast in the round of antivirus protection, it loses.

When you first open both of these antiviruses, they can appear to be a bit complex due to their various details, buttons, icons, and tabs. Once you get the hang of it all and start using them regularly, you will understand the need for everything that exists in these applications. In both antiviruses, Avast and Malwarebytes, the user interface is easy to understand, modern, and intuitive. Both win this category.

If you are considering Avast or Malwarebytes, you must remember that while both are pitted against each other in this comparison, none will violate your trust or the integrity of your data. That being said, we must compare the system performance impact of both on your systems.

Malwarebytes offers you fast scans, but it can weigh a little heavy on your system, causing it to experience lags. This is because it utilizes more resources to provide you with a comprehensive scan of your entire system.

Based on our tests, it was evident that Malwarebytes had a 30% impact on our test device, which is more than the average rate in the industry. It offers you three types of scans after the full scan; Threat Scan, Custom Scan, and Hyper Scan.

However, it is notable that during our tests, Avast did not lag our test device as it used less of the system’s resources for its full system scan. Overall, it can be seen that Avast had little to no impact on the speed of the test device during the scan. Let’s look at a few of the AV-TEST results to determine who wins in the race of Avast vs Malwarebytes.

Malwarebytes has not poorly done for itself, except that it showed a slow launch of applications and even more time-consuming installation of applications against Avast, which has been rendered a clear winner.

When choosing an antivirus, one of the most significant factors to be considered is the pricing of the product. Any antivirus, whether Avast or Malwarebytes, should offer you cost-effective features so that you know you didn’t waste the money you spent. Let’s take a dive into the price points of both softwares.

Malwarebytes Premium costs you $39.99 annually, and its license can be used on all operating systems that it supports. The downside to Malwarebytes pricing is that $39.99 per year only gives you security for one device.

Avast Premier and Avast Ultimate will charge you $69.99 and $119.95 annually, and even they will not support more than one device at a time for you. Malwarebytes Premium for Home wins this category. 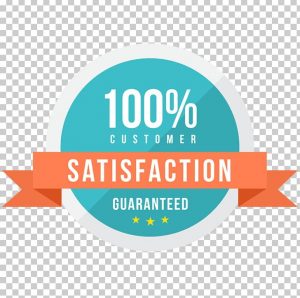 For every organization and brand out there, customer satisfaction is what ultimately makes or breaks a business. It has a significant impact on user experience, and it goes to show that users are heard and their concerned are addressed.

Let’s see where Avast and Malwarebytes stand in terms of customer satisfaction. According to a website called Consumer Affairs, Malwarebytes holds a rating of 4-sars out of 5, whereas Avast stands one point behind at 3-stars out of 5. The winner of this category is also Malwarebytes.

The race between Avast and Malwarebytes was neck and neck until the very end. However, we can’t deny that there are certain aspects where Malwarebytes emerged a clear winner. Malwarebytes took the lead in Customer Satisfaction and Pricing, which tipped off the scales in its favor. Its overall ratings are higher than Avast due to its support for up to 10 devices annually, which is something Avast does not support. When users go seeking for software, the first two factors they consider are its price and how the company treats its customers, both of which Malwarebytes has earned wins in. Malwarebytes offers you a better price point with coverage for up to 10 devices a year, enhanced customer satisfaction, and a user-interface that speaks modernity and class.

Avast and Malwarebytes were not created to target a specific demographic, and they were created to be used by all individuals of every age and walk of life. As can be seen from our detailed comparison of both antivirus softwares, Malwarebytes wins even though Avast stands in the position of a close second.

Mark is a cyber security enthusiast. He loves to spread knowledge about cybersecurity with his peers. He also loves to travel and writing his travel diaries.